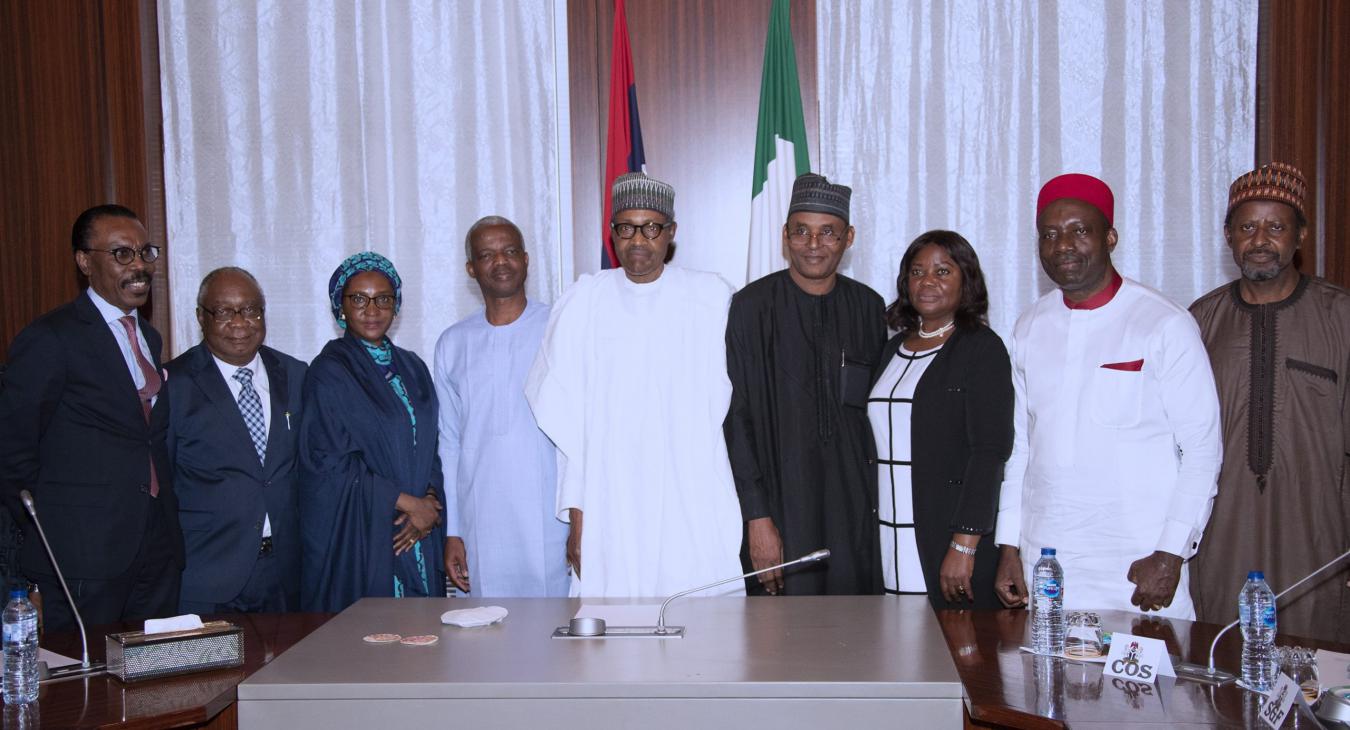 Buhari, APC using Salami as scapegoat for failure - PDP…Says advising an incompetent administration is a waste of time

The Peoples Democratic Party (PDP) describes the appointment of Dr. Doyin Salami by President Muhammadu Buhari as Chief Economic Adviser barely a year to end of his disastrous administration as a design to make the economist a scapegoat for the abysmal failures of the All Progressives Congress (APC) government.

It is evident that Dr. Salami might end up being rubbished and diminished as a titular adviser given that the Buhari Presidency and the APC, in their ignorance, arrogance and incompetence, are never known to have any respect or regard for professional advice on governance and policy.

As long as the APC, with its insensitivity to the plight of Nigerians is in government, involved professionals like Dr. Salami can never make a headway but risk being smeared with failure.

If the APC government did not listen to Dr. Salami as the Head of the hurriedly established Presidential Economic Advisory Council (PEAC), it will not now take his advice in his new capacity because the APC government lacks the listening ears, competence, capacity, integrity and political will and desire for good governance.

President Buhari and the APC have never prioritized the economy. The result is a near collapsed economy with two recessions within six years; a 71 percent poverty rate, 33.1 percent unemployment rate, over $38 billion external debt and an unenviable national status as the poverty capital of the world. For this, they desperately seek to use renowned professionals like Dr. Salami as fall guys especially as we approach the 2023 general elections.

If President Buhari and the APC had listened to well-thought-out advice by patriotic Nigerians as well as the PDP on how to stabilize and grow the economy, our nation would not be in the current economic quagmire where over 80 million Nigerians can no longer afford their daily meals and other basic necessities of life.

The APC failed to heed the counsel to end its corruption, open up and diversify our economy, review its restrictive and exclusionist policies, invest more in our productive sectors, end its victimization of hardworking Nigerian entrepreneurs, adopt broad-based approach that allows for greater private sector participation and stop demarketing our country especially the youths in the international arena.

Instead, the Buhari-led administration remained lethargic, nonchalant, unconcerned, hubristic and irredeemably narcissistic. It turned itself into a cesspit of corruption and continued to provide official cover to inept, reckless and treasury-looting APC leaders and their cronies in government.

Dr. Salami should therefore protect his image by advising President Buhari to end his reckless borrowing and grow the economy by allowing for more transparency, redirecting the resources being siphoned by APC leaders to critical sectors of the economy, especially power and agriculture and giving hardworking Nigerians, especially the youths, greater incentives for active participation in the national economy.

For emphasis our Party admonishes Dr. Salami to note that his task of advising an incompetent, arrogant and corrupt administration would be grueling if not a complete waste of time.

Stay tuned to the happenings in the largest party in Africa.

You can unsubscribe at any time you choose.

MAJALISAH.COM
Your Vote, Your Voice! Get a PVC today!